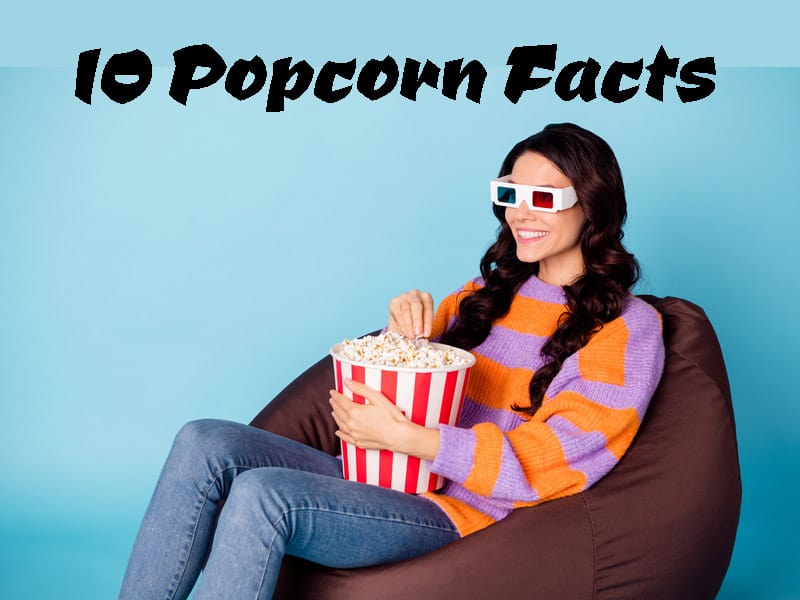 When it comes to special treats, few foods are more popular than popcorn. Available in flavors to satisfy everyone’s palate, popcorn is a healthy and fun snack that everyone seems to love. It’s cheap to make and even comes in various flavors, including flavors that are sweet.

While we associate eating popcorn with watching a movie, the truth is that popcorn can be enjoyed anywhere at any time. If you’re a popcorn lover with a serious interest in this amazing snack, well, these frequently asked questions could surprise you. I’ll do my very best to answer them all as good as I can. Let’s get this thing going!

Popcorn can definitely be considered fast food because it takes no time at all for it to be cooked up and ready to go. When you prepare popcorn at home, it only takes a few minutes to get your snack cooked and tasty. Even if you’re at the movie theater and they need to make more popcorn before serving it to people, you won’t have to wait long to get your order and start munching on these tasty morsels.

More often than not, “junk” food is considered snack food. While it isn’t sweet like many other snacks (most of the time), popcorn can indeed be considered junk food. It can satisfy a snack craving, reduce your stress level, and fulfill some emotional needs along the way.

Let’s face it, popcorn isn’t just something that you eat to get rid of hunger pangs. It’s also something you eat to add some fun to your life. Regardless of why you love to eat popcorn, however, it’s considered to be junk food by most definitions.

Popcorn is good for numerous reasons. First of all, it’s made with corn and little else. Second, it can now be popped with or without oil, which means that you can control the amount of nutrition in the product any time. And finally, popcorn is good because it’s delicious both by itself and when it’s drenched in lots of salt and butter.

If you add the different flavors that popcorn companies are now coming up with, the snack is even tastier. It’s also made with a lower amount of salt and butter, and even in a low-fat variety. When it comes to popcorn, there is truly something for everyone on the market today.

4. Did Popcorn Get Invented By Accident?

By most accounts, no. Corn has been a staple in many countries and cultures for thousands of years. Native Americans and other people have been popping popcorn for almost as long. Popcorn was discovered in a cave in New Mexico in 1948 that people determined was roughly 5600 years old. In Utah, popcorn was discovered that was at least 1000 years old.

In reality, popping corn to make popcorn has been a familiar task for thousands of years in nearly every part of the world. Ever since a few popped kernels were found next to some ears of corn in a hot location, the snack has been a favorite of many.

5. Is Popcorn Natural Or Artificial?

Popcorn is usually considered a natural food because it comes from a vegetable. Even though there is only one type of corn (zea mays everta) that can successfully produce popcorn, this is a very common and easy to find type of corn.

The definition of “artificial” usually means a food that is manufactured in a lab, and popcorn definitely does not fit that particular definition. Things that grow naturally in the soil, such as fruits and vegetables like corn, are usually considered natural food items.

6. Is Popcorn Technically A Vegetable?

While popcorn starts out as a veggie, by the time it’s consumed as popcorn, it has actually become a fruit. Some people still call it either a vegetable or a grain, or sometimes a starch, but botanists know it’s a fruit.

7. Should Popcorn Be Sweet Or Salty?

This is a debate that could go on forever because everyone has a personal opinion about it. To be sure, popcorn started out as a salty, buttery snack, until someone discovered that it tastes great when it’s sweet as well.

Today, there are actual popcorn stores that sell nothing but sweet popcorn and they are indeed very popular. Nevertheless, when people first started eating popcorn, it was always a salty snack. That’s why so many people still believe that all popcorn should be salty and never sweet.

8. Does Popcorn Weigh The Same After Popping?

Unpopped and popped popcorn do weigh different amounts, but not by much. Popped popcorn actually weighs less than unpopped corn, around 2.24 ounces in a one-cup serving. When popcorn is unpopped, there is hidden moisture inside of each kernel, so they are a bit heavier at this time.

When heat is exposed to the unpopped kernels, it turns into steam which then pops the corn. The moisture dissipates as the corn pops, which is why unpopped popcorn weighs a tiny bit more than corn that has already popped.

9. Why Do We Eat Popcorn At The Movies?

When sound was added to movies around 1927, movie theaters began to be available to the masses. Until then, only silent films existed and they tended to attract the upper-class individuals. In 1927, this all changed and people started to visit movie theaters by the millions.

Popcorn vendors, who had been around since the mid-1800’s, started selling their popcorn outside of the movie theaters so that people could have a simple snack to enjoy with their movie. Eventually, the theater owners decided to continue the tradition and sell this cheap, easy-to-make snack to their customers. Obviously, this took off quickly. Today, popcorn is still the number-one “snack food” sold in movie theaters. Theaters and popcorn have become a popular pair ever since. If you’re interested, feel free to also read my article about popcorn carts.

10. Can You Go To The Movies Just To Buy Popcorn?

You can indeed go to a movie theater just to buy the popcorn, mostly because you can buy anything you want in the lobby area without showing anyone your movie ticket. You only need to show your movie ticket when you’re actually entering the auditorium where the movie is being shown. Since theater owners make more money off of the popcorn than they do on ticket sales, very few (if any) owners will mind if you just grab their snacks.

That being said, there is a huge markup on movie-theater popcorn, so if you’re a budget-conscious individual, this isn’t exactly the smartest thing to do. Movie-theater popcorn is always going to cost you a lot more than the popcorn you buy at the store.

Fun Fact: Did you know there are actual popcorn socks delivered in a typical popcorn basket?

I guess we’ve all had our bucket of popcorn at the movie theatre. Whenever I pass the entrance I just love those machines filled with these tiny little snacks. I just can’t help myself from ordering a small amount (yeah I’m not that big and I don’t eat that much). My personal favorite taste is salty. However, I know some people who consume popcorn at home on a regular basis. Usually couples with kids on a saturday “movie night”. Since popcorn machines aren’t necessarily expensive, who knows you already own one yourself. Many households these days are equipped with helpful gadgets, like the mini waffle makers for example. Or how about those cute mini donut makers? So yes, popcorn and other snacks are often available within minutes.

Creating some quick snacks at home has become very popular in many households. If you’re interested, and if you want to bring the whole “restaurant atmosphere” into your own home, feel free to scroll through my Top 10 list of fast food decoration ideas.

Last but not least, if you’re interested in making some really tasty popcorn, check out this article.