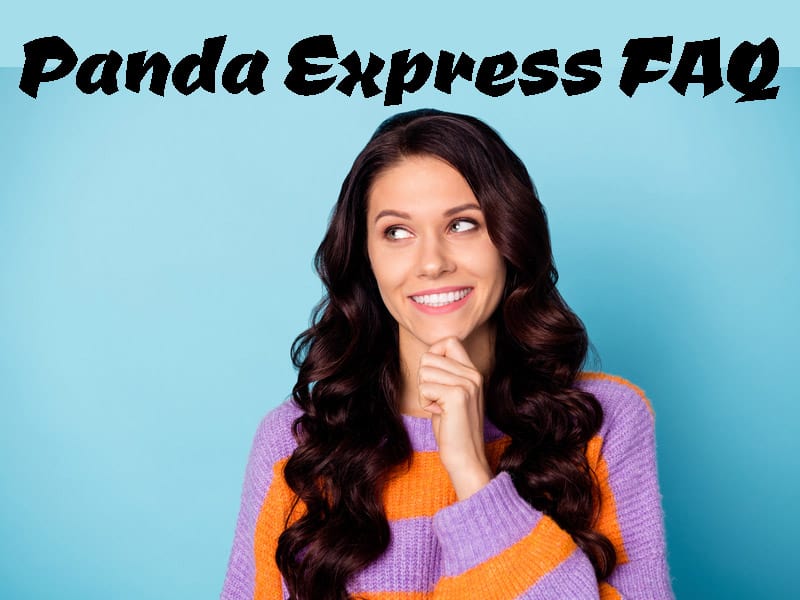 Panda Express is one of the most popular “Chinese food places” in America and many other countries abroad. But is it “Chinese food”? Let’s dive into that question and the many more connected with the culinary world’s most popular panda.

The short and fast answer to this question is: Yes, Panda Express is considered fast food! They’re able to serve a quick and tasty meal within a short period of time, which is what fast food is all about. That being said, we often associate fast food with unhealthier food. But that’s not always the case. It’s all about the speed. When it comes to low nutritional value, we talk about junk food. Which brings me to the following question.

Answer 1: Junk food refers to the nutritional value of a meal. In other words, you can’t compare a cheeseburger with a salad. The Chinese dishes you order at Panda Express (like chicken, beef or shrimps) are prepared in a wok. So, how nutritional are these ingredients? And which ingredients are added? If the result contains a high amount of sugars and fat, then I’d definitely call it junk food.

Answer 2: This can also be a subjective question. What do we consider “junk”? On the one hand, Panda Express ranks number 17 (out of 50 restaurants) in QSR’s 2020 rankings, so it’s hard to call something “junk” when it ranks in the top half. On the other hand, the top restaurant on that list is McDonald’s, which most of us would call “junk food”. Even if we love it.

This is a tricky question to answer because it begs the bigger question, “What is authentically ‘Chinese”? China is a huge and hugely diverse country. Chinese culture is thousands of years old and incredibly various. That isn’t even getting into regional differences, such as Beijing versus the Xingjian province, or Hong Kong versus the Mainland. Cantonese and Mandarin have such different pronunciation that speakers of one can find the other hard to understand, but both are called “Chinese.” So there is a huge difference between Native Chinese and Chinese Diaspora culture, which extends to food.

There are many questions about the authenticity of some foods. I once explained why Taco Bell is not 100% authentic Mexican food, but that it’s still very tasty (and thus popular). So the questions remains, does it really matter?

4. Is Panda Express popular in China?

Panda Express isn’t popular in China, nor is it unpopular. The thing is: It’s not even really present. Panda Express was founded in 1983, but as of 2018 still had no locations in China. In 2020, there were reports that things were about to change, and that the first Panda Express in China was opening in Kunming in the Yunnan. As it turned out, this location was a fake (as confirmed in a Chinese-language statement) released by Panda Express’s cofounder, Andrew Cherng.

Furthermore, Cherng stated in 2017 (again in a Chinese-language statement) that “China does not need Panda fast food, and the competition there is too fierce. We do it for foreigners”.

They certainly market themselves as such, with their official website promising “bold flavors and fresh ingredients. Freshly prepared. Every day.” That being said, the degree to which any fast food is “fresh” food is up for debate. Ingredients are typically pre-prepared and reheated. However, they’re still made hot and new for you personally.

Once again, this is highly subjective. Some people consider their food spicy while others say it’s more of an “average spicy taste”. To learn more, I’d advise this article which talks about their hot chicken.

To repeat the same mantra as above, this is subjective and really depends on the source of your baseline comparison. If you compare Panda Express to other Chinese (or at least Chinese-American) restaurants, the answer would seem to be no, as they’re often more affordable than smaller places.

On the other hand, if you compare them with their fast food competitors, that question gets a lot trickier because prices vary by company and region (and change all the time). The average Panda Express entrée costs about $3.50, while a McDonald’s Grilled Chicken Sandwich is about $3.99. But yes, I get it, these are two different meals. In other words, which comparisons are a good indicator?

Fast food companies (and the marketing teams that work for them) pitch themselves to consumers as being “healthier” or “more affordable” or offering “more meat”. However, what’s the reality? Is there really a big difference? And how about service and employees? I mean, if you have a lot of employees to make someone’s experience more comfortable, there’s probably a price involved.

8. Does Panda Express give free water?

As per the company’s Twitter in 2018, Panda Express does offer free complimentary water and cups, but may charge you for additional cups. Keep in mind that not every location handles these things the same. A manager could decide to charge for cups while another location hands them out for free. Not always, but quite often, you’ll be able to get some free water if you already have a cup. That’s what I was told at Popeyes recently.

9. Does Panda Express have free refills?

No, Panda Express doesn’t have free refills. Exceptions are always possible depending on the policy, but I wouldn’t count on it.

Free refills seem to become a thing of the past, even though some fast food chains do offer them. For example, soda refills are free at Wendy’s, but lemonade refills aren’t.

That being said, if you’re an American or Canadian consumer and miss free refills, consider yourself lucky you had them in the first place. They’ve never really been “a thing” in Europe, and France has even outright banned them.

10. Does Panda Express have samples?

In one word, no. Free samples aren’t really common for fast food restaurants, and Panda Express is no different.

11. Does Panda Express have sweet and sour chicken?

Yes! Sweet and sour chicken is a staple of Chinese food (both more authentic as well as the fast food-ified variants) and you’ll find it at any Panda Express.

12. Does Panda Express make you poop?

Panda Express doesn’t make most people poop. Of course, if you react to certain ingredients, there are always exceptions. Some people do need to use the bathroom more than others after eating spicy food. I know someone who just can’t go to KFC because his stomach isn’t very happy with the spices. The same goes for a few people after visiting Chipotle. So I really am not the person who knows the answer to this question in exact percentages. Just understand that it’s possible, but not common (from what I’ve learned).

This is a common question people ask of fast food chains in general. Panda Expess might accept your 50 or 100 dollar bill. Paying with such huge denominations makes it hard for cashiers to give you adequate change, as it can empty the cash register of the change they’ll need to break $10s and $20s for other customers. If you’re denied, this is why. If you can, just make it easier on everyone and pay with a card.

Of course, if you order food for 50 dollars, paying with a 50 dollar bill is fine.

It also depends on the moment. If you’re their first visitor in the morning, chances are they don’t have a lot of change. If you visit later in the evening, they probably have more cash available. Just ask them politely to be absolutely sure.

It’s not common to tip at Panda Express. I don’t think they have a tip jar either (like the one you see at Starbucks). But correct me if Im wrong. Things can change over time, and not every location is the same. Personally I do believe that tipping is a good thing to do, and I always try to show my appreciation with a little money. But of course, that’s also a personal decision.

I hope these 14 facts about Panda Express have been of help. As you probably noticed, some questions are a little personal (like whether or not their food is spicy). I mean, I can stand spicy food pretty well, so for me personally a meal isn’t immediately too spicy. But you could be different. Anyway, a long story short, some Chinese food every now and then can be a delight. I do like my burger or chicken nuggets, of course, but mixing things up a little keeps things interesting. For me at least. And as long as you don’t enjoy fast food to often. It should stay an exceptional treat, right?