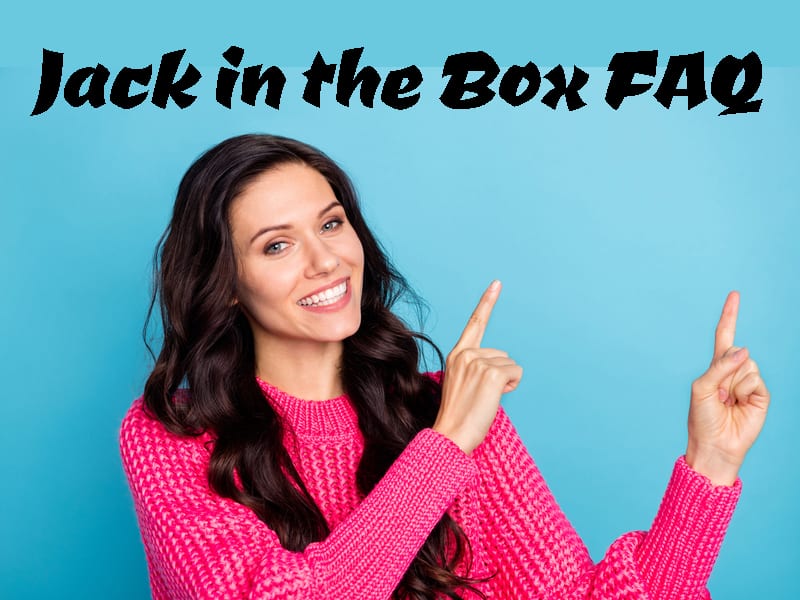 Few fast food restaurants are more iconic across the West Coast than Jack in the Box. (Eat your heart out, In-N-Out Burger.) For a company with such a long and decorated history, it’s only natural some questions have arisen and lingered over the years. So, let me “get to the meat” of these Jack in the Box queries.

In fairness, this is obviously a highly subjective question. As William Cowper famously put it, “Variety is the spice of life”. Well, at least the herbs and spices dusting the burgers and fries from fast-food chains all over the world. For what it’s worth, Jack in the Box has existed for 70 years now, with the first one opening in San Diego in 1951. In other words, there are definitely some people out there who think it’s good. In 2019, QSR Magazine ranked Jack in the Box 18th of 50 fast-food restaurants in terms of sales (between Panda Express and Dairy Queen).

The chain has certainly marketed its freshness in the past with things such as the freshly-sliced tomatoes in its All-American Ribeye Burger. However, a 2018 investigation found that, despite their claims of using 100% beef, Jack in the Box’s products also contain several other ingredients. These include saturated fat, hydrogenated cottonseed oil, sugar, potassium sorbate, corn starch, and corn fiber. Yellow #5, a food coloring dye, is found in its pickles. In fairness, though, the chain is far from alone in this regard. McDonald’s, Burger King, Wendy’s, and several other fast food restaurants have also used additives.

3. Does Jack in the Box Use Kangaroo Meat?

No, but the story behind why you might think they do is a wild one. In 1981, just after its famous “blow up the clown” commercial, horse meat was found at the company’s San Diego processing facility. This meat was not shipped by Jack in the Box itself, but by Profreeze, an Australian distributor. However, in addition to that discovery, Australian inspectors found kangaroo meat labeled to be shipped for the United States. Jack in the Box obviously denied that either the kangaroo or horse meat had been used in any of their products, claiming that they had caught the error on their own.

These two incidents, coupled with a food poisoning incident in 1993, left Jack in the Box in need of a reworked company image. The walking, talking business-suited “Jack” we all know today returned in a 1994 commercial, blowing up the corporate boardroom as revenge for them blowing him up back in the 1980s, declaring “Jack’s Back.” The LA Times wasn’t impressed, citing a recent suicide bombing in Gaza and bombing in New Jersey as reasons for the commercial being in bad taste. Still, it got people’s mind off the “bad taste” of horse and kangaroo meat, and Jack’s been with us ever since.

4. Does Jack in the Box Charge for Water?

The answer here is as simple as it is depressing: Yes, they do charge for water. They’re not alone in that regard. In my opinion it’s a normal thing to charge for bottled water. However, many companies provide free tap water. It all depends on the manager and the policy. Therefore, simply ask them to be absolutely sure.

5. Are Refills Free at Jack in the Box?

No, they usually aren’t. Again, that’s true in much of the fast-food industry. However, it’s also not typically a rule that gets enforced all that much. When you purchase a fast-food drink, you typically get a cup that is already filled with the beverage of your choice. Elsewhere in the restaurant, however, you may find a soda fountain with different levers for different drinks. People use those to refill their cups themselves, and the fact they’re accessible to consumers means they’re usually free game. If you don’t see such a customer-friendly fountain, you probably won’t get free refills.

6. Does Jack in the Box Charge for Extra Sauce?

Well, according to a Change.org petition from a few years ago, they charge for extra buttermilk ranch sauce. In 2013, a customer at a Seattle Jack in the Box made headlines by raging against an oh-so-huge $0.25 charge for extra dipping sauce. So, yes, they do charge, but not that much.

7. Does Jack in the Box Serve Burgers All Day?

Yes they do, and that’s not all. Jack in the Box serves their whole menu all day, breakfast included, and has done so for decades, introducing the first breakfast burgers all the way back in 1969.

8. Does Jack in the Box Use Microwaves?

No, but this returns to the question of Jack in the Box’s freshness, and that of fast food burgers in general. While these burgers are not microwaved, they are typically pre-prepped and then heated up again in an oven when ordered. That doesn’t mean they’re microwaved, but for them to be made and delivered in minutes, they’re obviously not making those burgers from scratch the second you order them, either.

9. Is Jack in the Box Mystery Sauce Spicy?

Not really. One proof of this is that it’s included in both the Classic and Spicy variations of Jack in the Box’s Roost Fries. If it were spicy, its addition to the “Classic” version would seem to make it the same as the “Spicy” one.

Jack in the Box has long had a reputation for being one of the slowest fast-food restaurants, something they themselves have admitted. The reason the company has pinpointed for that problem is its drive-thru. That’s why the company announced in 2018 that they were spending tens of millions on overhauling their drive-thrus to make them “the drive-thru of the future”. Among the list of improvements are adding digital menu boards and menu board canopies, revamping the process to help employees deliver food faster.

For any fast-food restaurant, this often depends on the moment of the day. Such large denominations are hard to break, let alone break quickly (we’ve just seen Jack in the Box can be slow enough). Employees may or may not take such a huge denomination, but if they do, they probably won’t be happy about it. I’d say, consider making everyone’s life easier and pay with a card if you can.

No, you can’t. Even if you love the service, and even though workers deserve higher pay, tipping isn’t much of a thing in the fast-food industry.

Maybe your experience is different, because tipping is not always an obvious things. Some restaurants like Starbucks make tipping more noticeable, with a tip jar for example. I don’t believe that Jack in the Box has one of those, at least at this moment.

Every fast food restaurant has it’s pro’s and con’s. In the end it’s all about enjoying that tasty cheeseburger or whatever it is you’re having. I personally don’t judge any company too fast, because in the end it’s all a matter of personal taste. Waiting in a drive-thru isn’t always enjoyable, but like I explained they took action. Now that’s definitely something to appreciate. We can be busy people, and having dinner in our car (like at Sonic Drive-In) seems to be a part of our life. Well, every now and then. Let’s just not forget about that quality time at home!