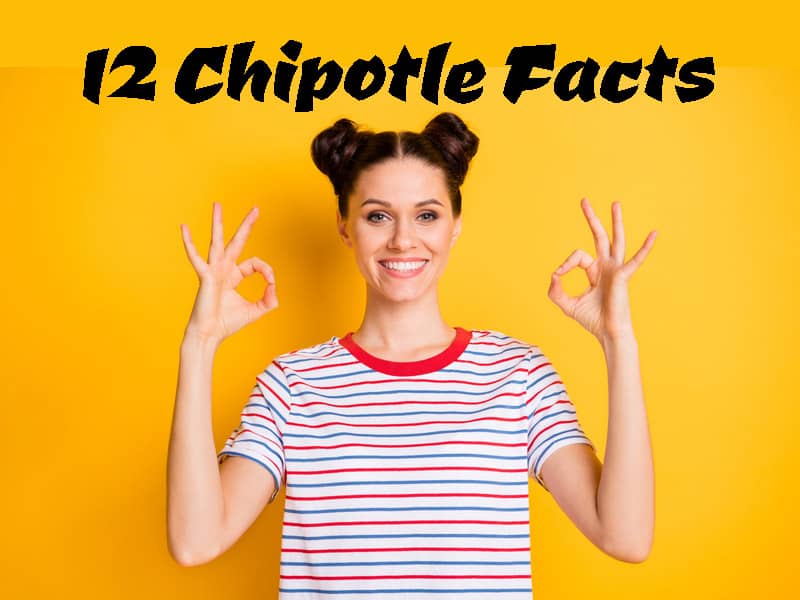 Chipotle Mexican Grill is a chain of Mexican-inspired restaurants that began in 1993 in Denver, Colorado. Known for a Cal-Tex style of Mexican food, the chain has more than 2000 locations and more than 45,000 employees today. They net roughly $500 million each year and are extremely popular due to how good the food is and how fast it’s prepared.

Let me answer some frequently asked questions about Chipotle restaurants.

They use many Mexican spices and cooking methods. However, neither Mexicans nor chefs who are familiar with true Mexican-style cooking would classify the food as authentically Mexican.

2. Is Chipotle in Mexico?

Chipotle is Cal-Mex and not Texas-style Mexican food. In other words, it’s not inspired by the Texas way of preparing Mexican food. Their restaurants use spices, herbs, and cooking methods that are similar to the way Mexican food is cooked in Southern California, not south Texas.

Mexican, Tex-Mex, and Cal-Mex have many similar flavors and tastes. However, each one is unique in their own “Mexican way of cooking”.

Chipotle is not considered junk food because junk food usually refers to prepackaged snack food. While many of the items on the Chipotle menu can be consumed as a snack, the food is never packaged and always made to order.

Junk food also refers to any snack with low nutritional value. Just like I explained in my facts about Taco Bell, their food isnt’ necessarily bad for you.

Chipotle’s food is often considered comfort food. You can order it for meals and snacks, and it makes you feel better regardless of how your day is going. It may be considered fast food, but it’s realistically not junk food.

5. Why Is Chipotle So Popular?

The main reason why Chipotle is so popular is because their food is made to order, which gives it a much fresher flavor. You can personalize your meal to make sure it’ll match your taste. For example, if you don’t like a certain topping, you can simply ask their employees to avoid it on your food. This personalized, made-to-order approach has made Chipotle very popular.

Chipotle’s food is always hot and fresh, and that translates into food that is more than good! Every day, the Chipotle restaurants worldwide serve more than 750,000 customers, and they’re coming there for one reason: The food is delicious!

It didn’t take long for that to happen. When the first Chipotle restaurant opened, the manager aimed to sell roughly 110 burritos per day in order to break even. However, they were selling more than 1000 burritos per day after the first month. Now that’s what I call impressive.

The quesadilla at Chipotle is a soft flour tortilla with cheese inside. You can add diced tomatoes, sour cream, guacamole, and numerous other items to personalize your meal. In other words, your quesadilla is fresh and delicious once it’s served. Since it’s one of the most popular menu items they have, that’s already a good sign. The option to customize your meal makes quesadillas definitely a good choice for many customers.

The Chipotle orange-colored Southwest sauce is spicy but a little on the sweet side as well. Most people don’t consider it too spicy because it’s made to satisfy anyone’s taste. The special sauce is made with adobo peppers, onion powder, garlic powder, and numerous other herbs and spices.

9. Does Chipotle Charge for Extra Rice?

Normally Chipotle doesn’t charge for extra rice. For example, if you dislike beans and order double the rice (and therefore no beans), there won’t be any additional charge. They normally don’t charge for extra rice, beans, salsa, cheese, lettuce, or sour cream. However, this can vary depending on the franchise. I always ask one of their employees to be sure there’s no misunderstanding.

Chipotle usually charges you for extra meat or guacamole. But like I said, each location is different, so simply start a friendly conversation so you understand their policy.

Chipotle is not the cheapest Mexican food around, but not the most expensive either. Indeed, the food is definitely worth the money. You can get 3 filled tacos for just over $3, a quesadilla and 3 different sides for around $9, and kids’ meals start at under $5.

The food is fresh and made to order, so it’s nice and hot when you receive it. Considering that some other fast-food Mexican restaurants aren’t always as fresh and sometimes even more expensive, I’s say they’re really worth it.

11. Does Chipotle Make You Poop?

Many people do tend to have bowel movements when they eat Mexican food. Why? Because there’s capsaicin in their peppers which is known for it’s “hot feeling”. It can also cause irritation in our stomach.

In other words, the capsaicin in Mexican food does indeed make many people poop. It doesn’t need to be painful. Instead, it usually just puts some pressure on your stomach and intestines, causing you to have bowel movements. Once the bowel movement is complete, you’ll immediately start to feel much better. Well, most of the time.

It’s a personal thing as well. Some people have a similar experience with Chinese fast food for example (like some mention they do at places like Panda Express), even though it seems less common. It’s all about how you react to certain ingredients.

Chipotle does accept large bills such as 50- and 100-dollar bills, as long as there’s enough money in their cash registers for your change. The only times this may be somewhat of a challenge is when they first open and haven’t had too many customers. Another exception could occur when you order through a food-delivery service.

With the latter, the drivers likely won’t have enough change for you. If you order through a delivery service and you want to pay with a certain amount of cash, inform them about that. This allows the driver to bring the right amount of change.

Fun Fact: Did you know there are actual tortilla socks?

I hope this list provides enough answers to the questions you might have. Obviously there are so many other things to know about, but I wanted to stick with some of the most frequently asked questions about Chipotle. Furthermore, I think that it’s obvious that I answered all of them from my own point of view. Maybe you have a different thought or experience. Well, I’ll keep enjoying my Chipotle once in a while. I hope you do too!

For more information about Chipotle (or if you have any further questions), maybe the Chipotle website will help you out.